A set list is a saved list of song files that can be quickly switched between. You'll typically use a set list to pre-configure the a set of songs in the correct order for a gig.

Each entry in the list stores the name of the song file and an optional program number that can be used to load the song via Bindings.

Cantabile Solo and Cantabile Performer Only.

To work with set lists you use the Set List Panel. To show this panel, either choose View|Set List or press Ctrl+L. 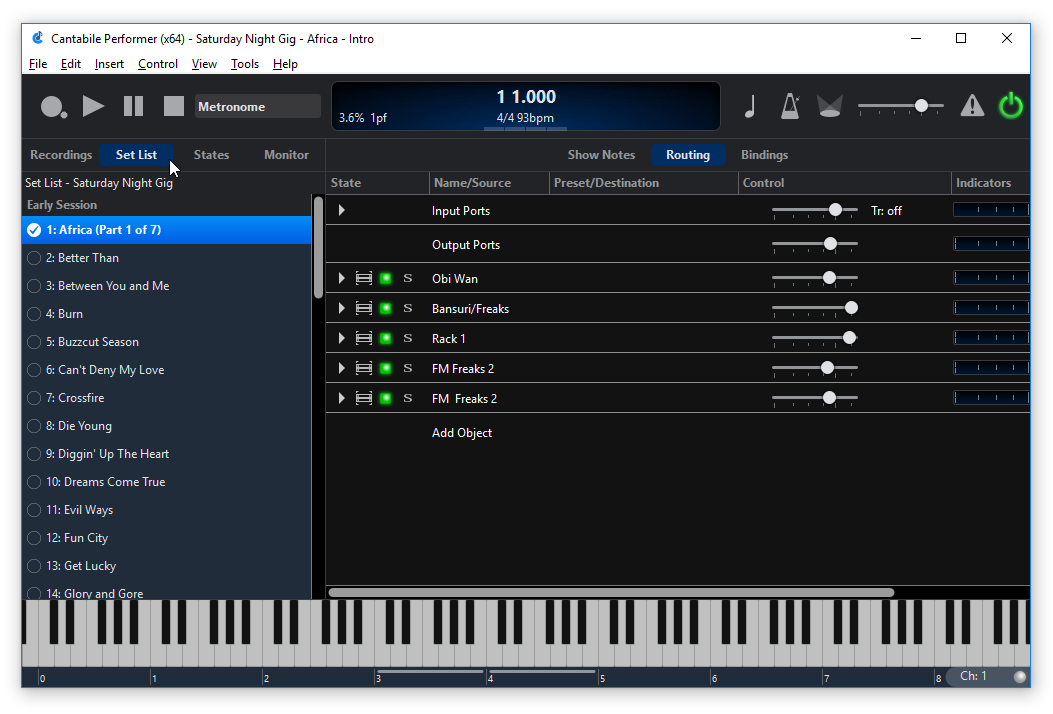 You can hide the set list by resizing it down until it disappears, or by activating it and pressing Shift+Esc.

To add entries to the set list, from the File menu, choose one of the "Add" menu commands. 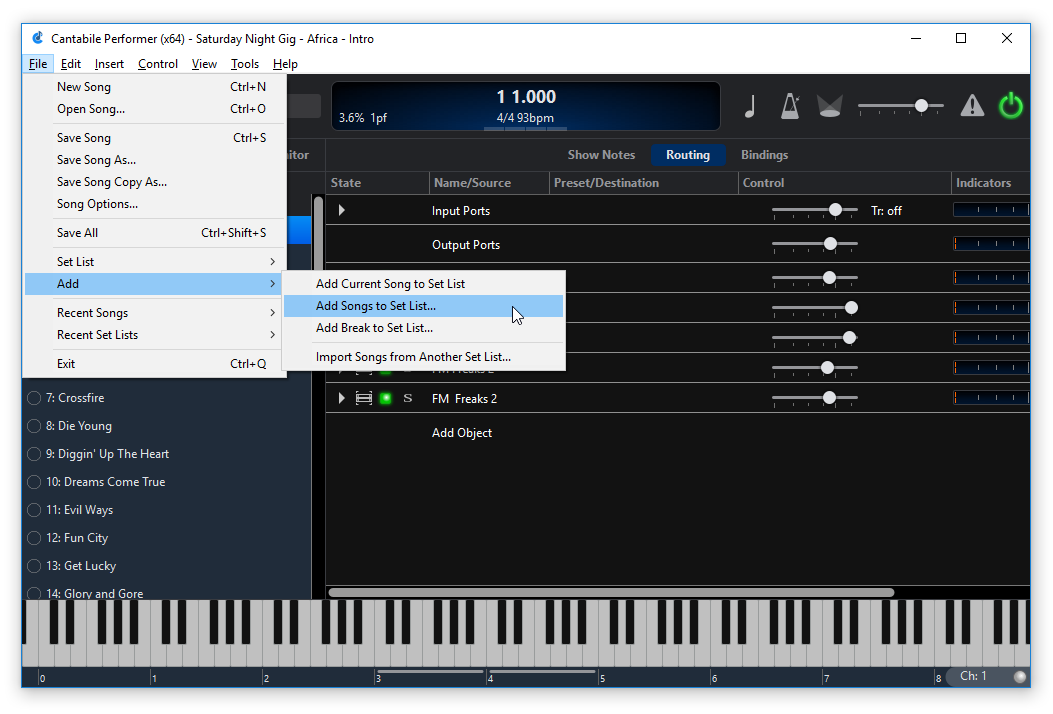 Add Current Song to Set List
Adds the currently loaded song file the set list. Disabled if the current song hasn't been saved.
Add Songs to Set List
Brings up a list of all known song files so you can quickly add as many as you like in one hit.
Add Break to Set List
A break is simply a heading within the set list to help you organize the list. eg: you might break your set list into "Early Session" and "Late Sesssion"
Import Songs from Another Set List
Imports all the songs from another set list, optionally keeping the associated program numbers (so hard code program number -> song bindings will continue to work)

You can make changes to a song by right clicking it and choosing Edit Song or by selecting it and pressing F2.

Each song has the following settings:

Other ways to work with songs include:

Once you've created a set list you can load songs by:

In order to improve song switch times you can instruct Cantabile to pre-load all songs and racks used in the set list:

The pre-load setting is stored as a property of the set list, so you can have some set lists pre-load and some load on demand.

Depending on the plugins you're using, pre-loading a set list may require considerable RAM. You can mitigate this by sharing plugin instances across multiple songs by loading them into racks and using the same rack in each song.

Set lists are stored in files with the .cantabileList file extension. Working with set lists is similar to working with other file types and you'll find commands to create, open, save set lists in the File -> Set List menu.

Note that Cantabile stores relative paths between the set list file and the song files that it refers to. If you save your set lists and song files in the same directory, you can move the entire directory and the set list will still be able to locate the relevant song files.