Ports and routes are fundamental concepts in Cantabile that are used to connect objects together.

It's convenient to this of a port as socket and a route as a cable.

Cantabile's main Routing panel displays a list of objects (Input Ports, Plugins, Media Players, etc...) and each object is expandable to show the set of routes connecting the object to other objects.

The following example shows an Ivory plugin with one route from its "Stereo Out" port connected to the "Main Speakers" output port. 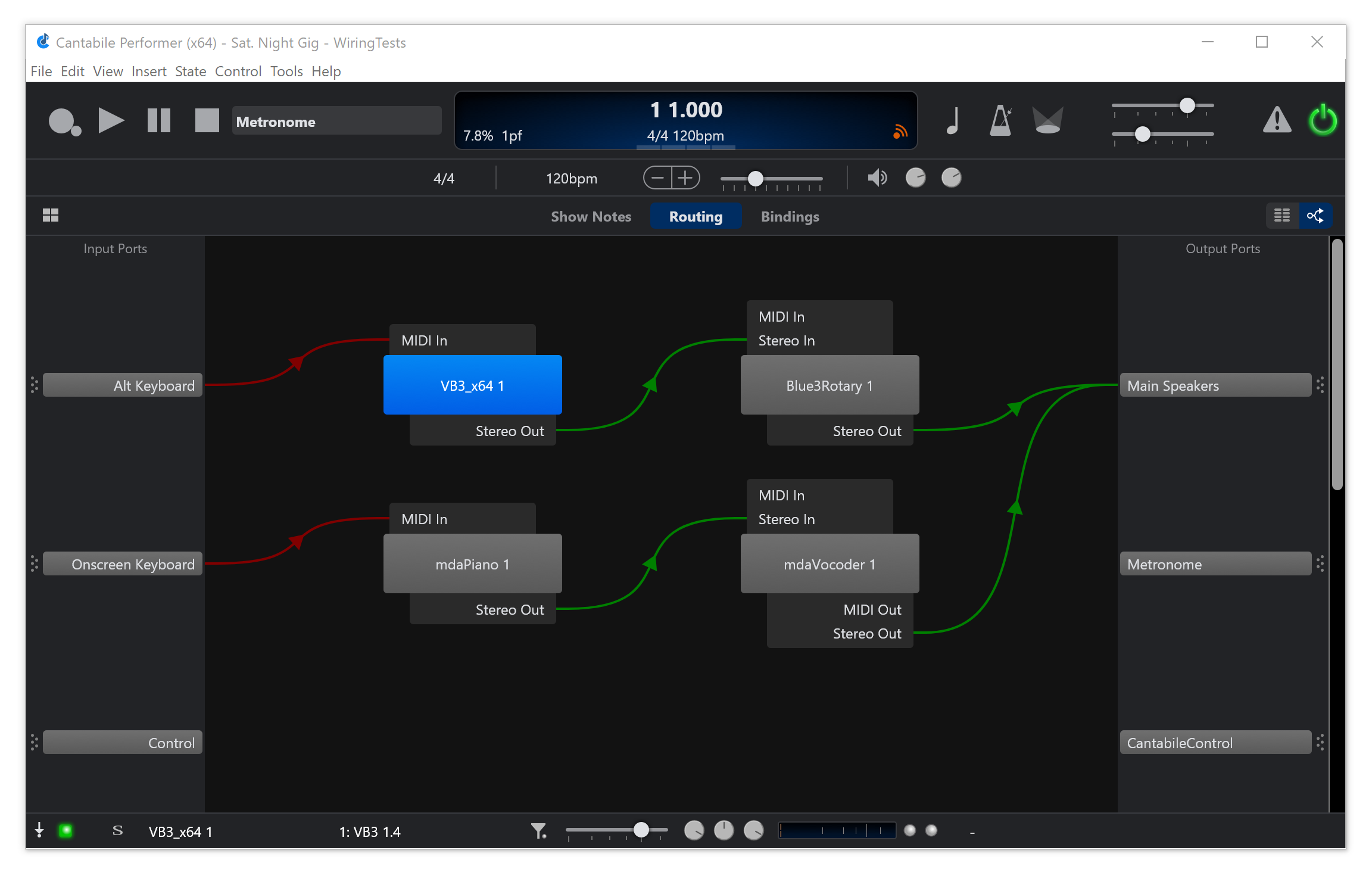 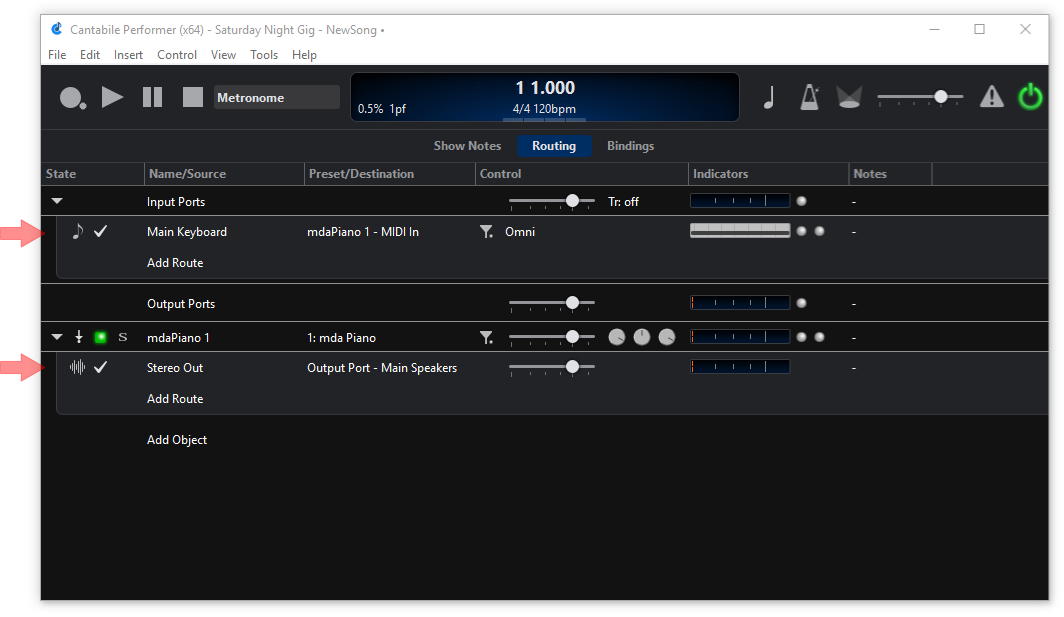