The Controller Bar provides large buttons intended for use during live performance to control key aspects of Cantabile as well as an array of user configurable buttons.

The left half of the Controller Bar contains a set of user-configurable buttons. By default they're configured to send MIDI program change events (from the on-screen keyboard device) but they can be reconfigured to a wide range of other functions.

To setup a button either right click on an existing button and choose "Customize", or choose "Add Button" to create a new button. 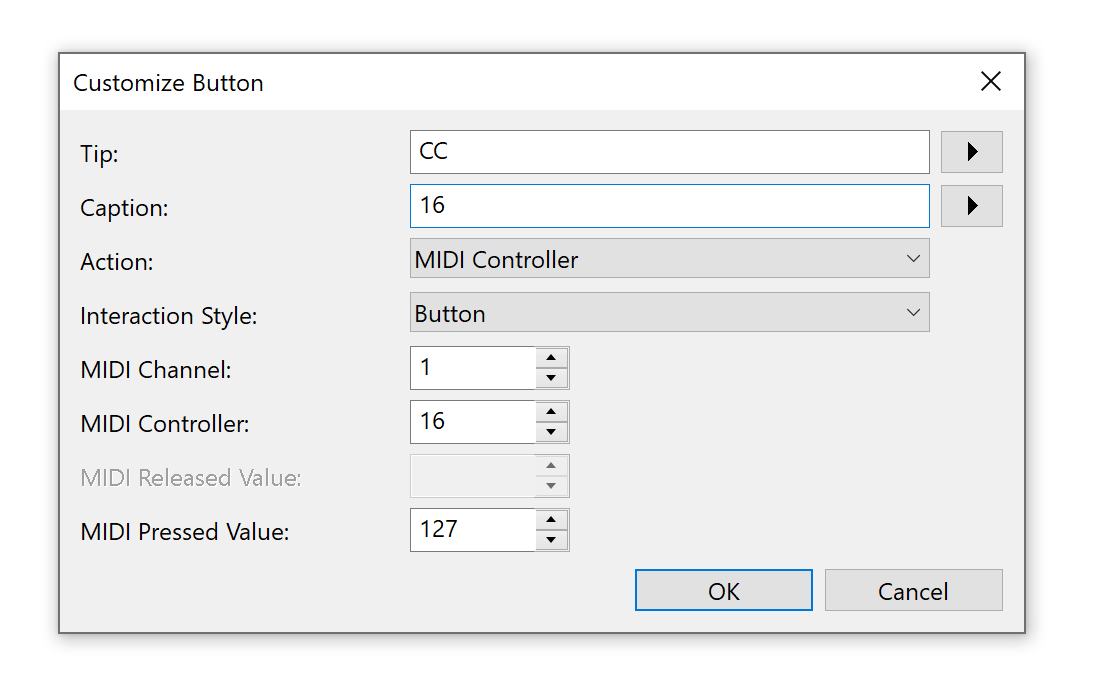 The following settings are available:

The interaction style determines how the button responds when it's pressed:

The Tip and Caption fields of custom buttons can use variables to generate dynamic text. When combined with MIDI controller variables this can be used to reflect CC values on the controller bar.

The right half of the Controller Bar displays 5 standard controls for common operations during live performance.

Each of these buttons can be optionally hidden if not needed by right clicking on the Controller Bar and clearing the check mark next to the selected item.

All the buttons in the Controller Bar can be resized by dragging the dividers between the buttons.

The user-configurable buttons can be re-ordered by right clicking a button a choosing "Move Left" or "Move Right".

The controller bar supports switching between various user defined layouts, where each layout stores the current set of custom buttons and the visibility of the built-in buttons. You can create as many layouts as you like.

To work with layouts, right click on the controller bar and use the Layouts sub-menu:

Tip: Live Mode stores which controller bar layout is active so you can have a different active layout for normal vs live mode.